Our ranching operation is situated equidistant from the towns of Estcourt, Winterton and Colenso in KwaZulu Natal, South Africa. Most of the farm lies at an altitude of 1,060 meters and is situated in the upland drier type bioclimatic group with a rainfall ranging between 500mm to 800mm per year. There are 5 to 6 dry months in the year and the summer months are characterised by impressive storms but erratic rainfall and frequent periods of moisture stress. The area experiences moderate frost for two to three weeks of the year although severe frosts can be experienced. The average temperature is in the range of 16C to 18C with highs heading towards 38C.

The veld type is dry tall grassland and is generally dominated by hyperenia, trident and red grass. Bush veld, dominated by Acacia Sieberiana and Karoo, but including many other species, is to be found in areas adjacent to river valleys. Soil plays an important role in determining grass species composition and veld condition. The red or black top soils derived from dolerite provide good grazing. The yellow and grey soils over a plinth layer produce veld that has a low resistance to grazing, and has to be managed carefully to avoid over grazing. 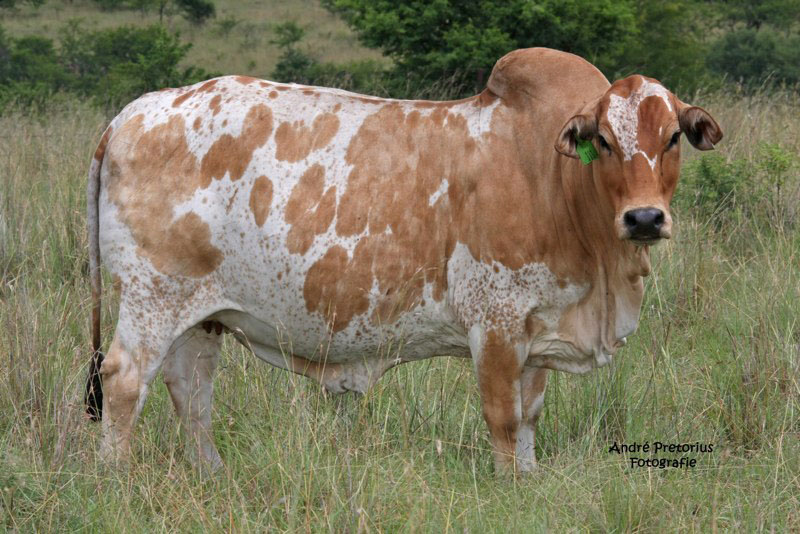 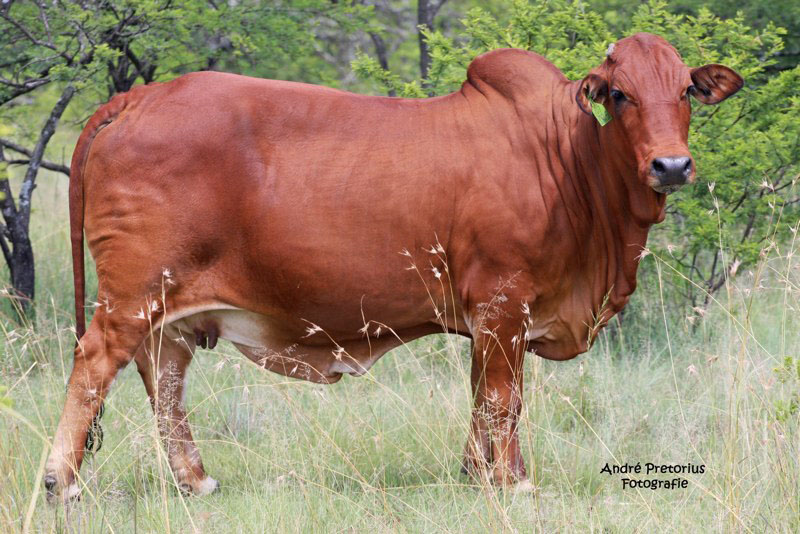 Cattle production potential is only moderate due to the low and erratic rainfall, poor soils, and the often degenerate nature of the grass sward if not managed correctly. Winter licks are required to prevent excessive mass loss during winter.

As far as disease is concerned our cattle are challenged by heart-water, red-water and gall sickness.

This typically harsh African environment rules out European cattle breeds and the indigenous improved Boran from Kenya is eminently suitable for a profitable and sustainable beef operation.

The farming enterprise of 3,000 hectares is situated on various portions of the farms Haasefontein, Doornkop, Doornspruit, Chievely and Kopleegte. The Doornkop and Haasefontein sections have the annual Mdulwane river running through the eastern side and the Doornspruit section has the annual Doornsrpuit running through the centre. Most livestock stock watering is dependent on surface dams supplemented by two boreholes.

History of the area.

in the early 1800’s the upper Thukela area was settled by the amaZizi. It is well known that the trek boers arrived in the area in 1837. On their arrival they found the San and remnants of African clans who had been displaced by the internecine conflict known as the Mfecane. After the annexation of Natal as a colony by the Cape in 1843, farm surveys were conducted as farms had been laid out with ill defined boundaries. Farms of 6,000 acres were allotted to the trekkers who had settled Natal prior to 1840. The first registered owners of these farms were as follows:

The Trek Boers were no longer interested in remaining in the area with Shepstone’s intention to create the Kahlamba reserve or the increasing number of British settlers. It is estimated that in 1843, of the 360 Boer families only 60 remained two years later.